Getting Up Close and Personal With Koalas and Kangaroos

It would be fairly impossible for any traveler to label one spot as their favorite location on the planet. Most of us have many travel experiences that live on and on as happy memories. But if someone asked me for a top 10 list, I know that Lone Pine Koala Sanctuary would be somewhere near the top. I”m sure there are zoos in North America that have koalas and kangaroos, but I had never seen them, so I was particularly excited to visit.

The 44 acre property is in a suburb of Brisbane called Fig Tree Pocket in Queensland. You can reach it in about 20 minutes by car or taxi, but I opted for a leisurely hour and an a half ferry ride from the Queensland Cultural Center (there’s an amazing modern art museum there) right to the Lone Pine gate. 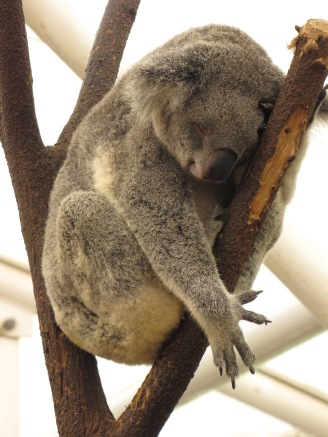 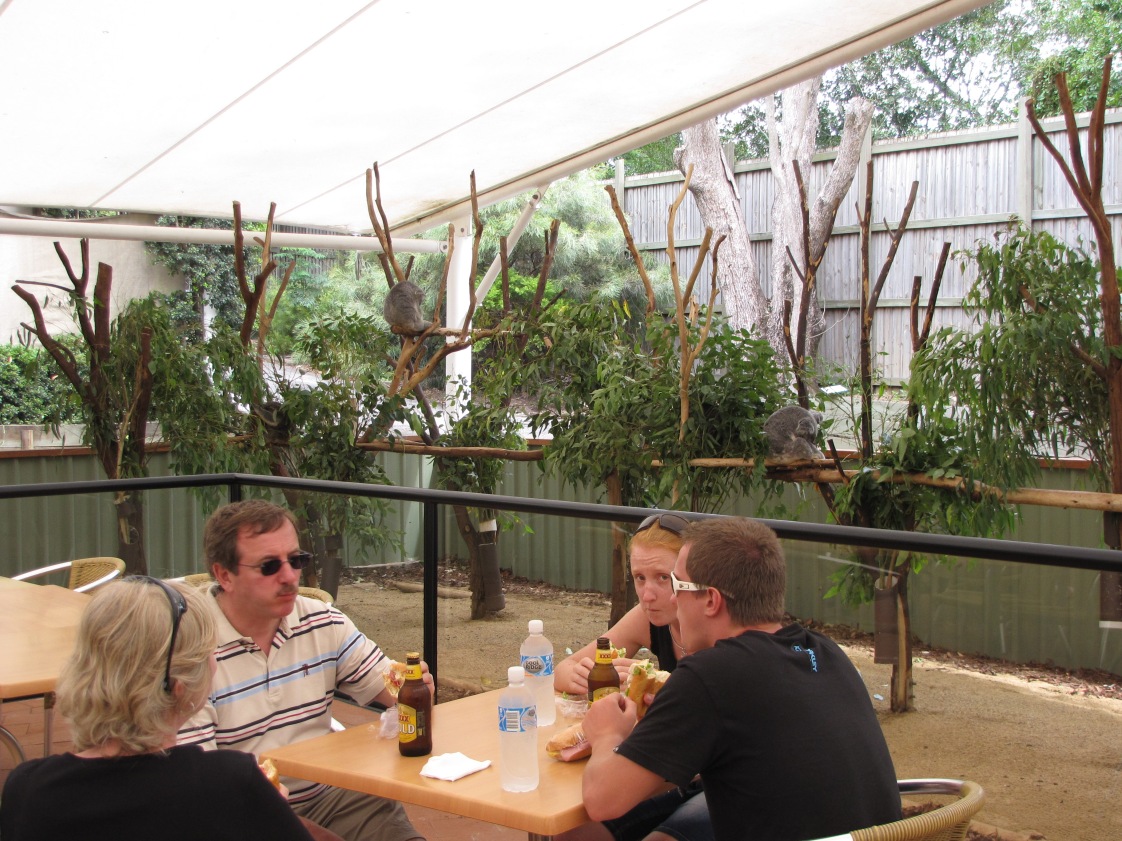 Lone Pine is anything but a zoo. Its a sanctuary meant to protect Australia’s cutest treasure. With rare exception koalas and kangaroos are in open exposures, not behind fences or pens.  I was surprised to find out that koala’s spend a majority of their day sleeping, so nearly every tree you pass has one happily passed out in it.  There is a small cafeteria with about a dozen trees inside and a sleeping koala in nearly every one.  Just when I thought I might pass out from the excitement of being close enough to touch the snoozing beauties (only a slight exaggeration), one of the volunteers asked me if I wanted to hold one. 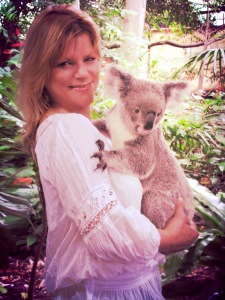 Now if you don’t want to hold a koala, you need to find a doctor and figure out what’s wrong with you. This is one of the few places in the world where you can hold a koala for free and to avoid the animals becoming stressed, each koala is allowed to be held no more than 30 minutes a day. They won’t however allow you to take photos with your own camera and there is a fee to purchase from the on site photographer. Douglas MacArthur’s wife was the first famous person to visit here during World War II and it has been a must stop for celebrities visiting Australia ever since. There is a galley of well known faces from Popes, Presidents and pop stars like Taylor Swift holding koalas. One local told me that every time rocker Marilyn Manson has a new girlfriend, he whisks her off to Lone Pine to have her picture taken. 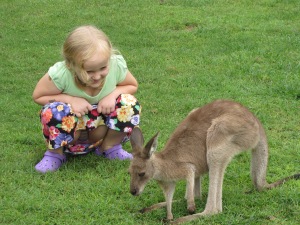 There is a very open enclosure where you can walk among  and feed kangaroos of all sizes. The big red kangaroos are the one exception that can be seen behind a fence because a kick from these 200lb  largest living marsupials would probably hurt!  But most of the kangaroos are happy to lounge under a tree out of the sun and I saw more than one joey peeking out of his mama’s pouch.

Lone Pine has lots of other animals to see including a platypus, emu Tasmanian Devils and Australian parrots and cockatoos. There is also a  small farm with really terrific sheep dog demonstration.

If you find yourself down under, don’t miss Lone Pine and send me a picture of you holding your new furry best friend! 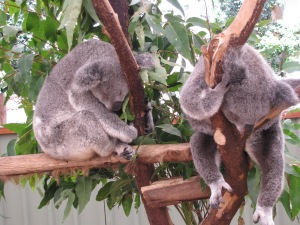