When A Destination Evokes a Memory 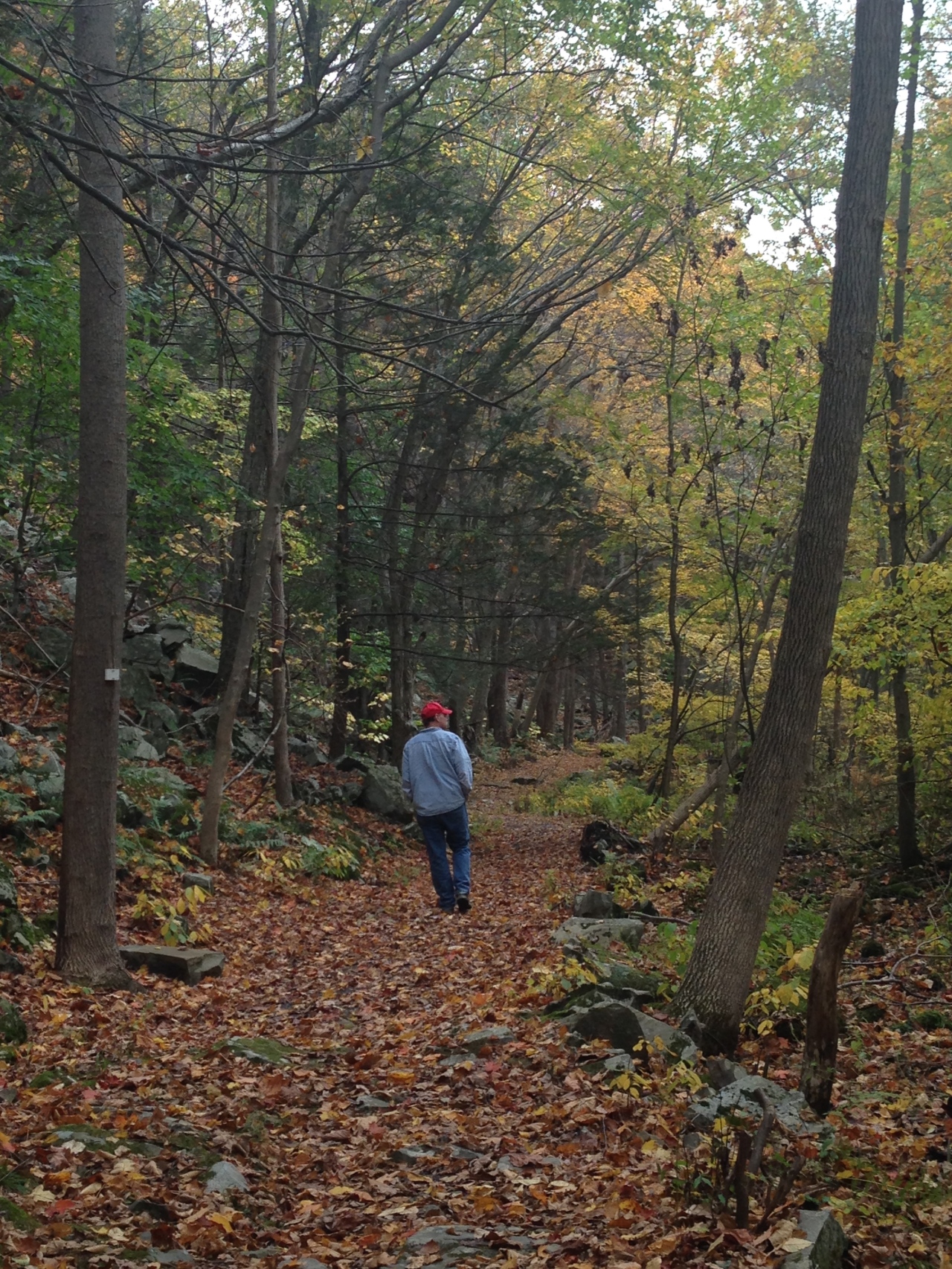 Those of you who have been following this blog (thank you) may have noticed that I haven’t posted in a little while. I took a break after a personal tragedy. My husband Hugh Degnen, without warning, suddenly died of a heart attack. My healthy husband, went out for a run and never came home. It’s the kind of thing you never imagine could happen to you. But here I am. The challenge now becomes moving forward and at the same time keeping Hugh alive in our hearts and minds—not with endless tears, but with the gladness and grace of having known him. 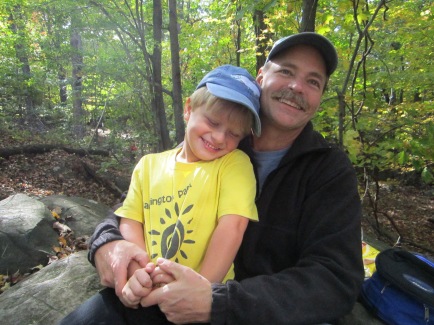 To that point, I wanted to share a post in his honor about a place that he loved. It may be a small blip on the map, but it was that spot where he could escape the stress of a hectic life, revel in the sound of the wind rustling in the trees and watch the ripple on the lake after a fish has leapt to get a breath of air and has fallen back into the water. 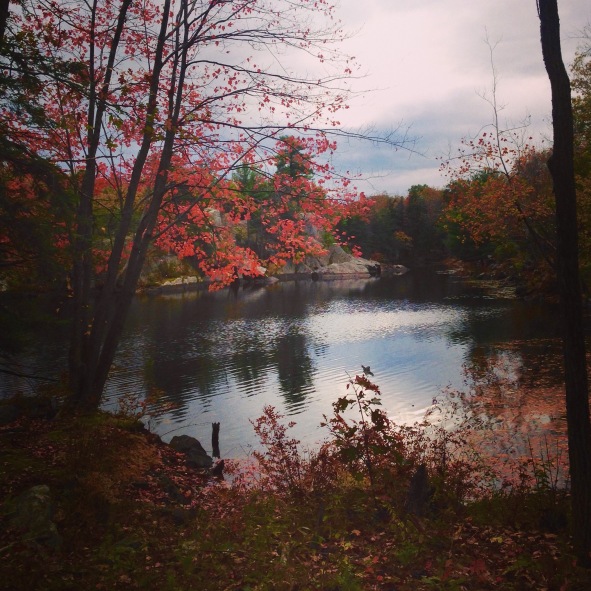 Many years ago he took me to West Park, New York, which is close to the cool little village of New Paltz and the popular Mohonk Mountain House. West Park however, has very little in common with cozy pubs and funky shops of that town. It’s 170 acres or so of peaceful woods where Hugh’s eccentric Uncle Sonny owned a cabin built into the side of a rock and often took him to fish with his older brother Billy as boys. 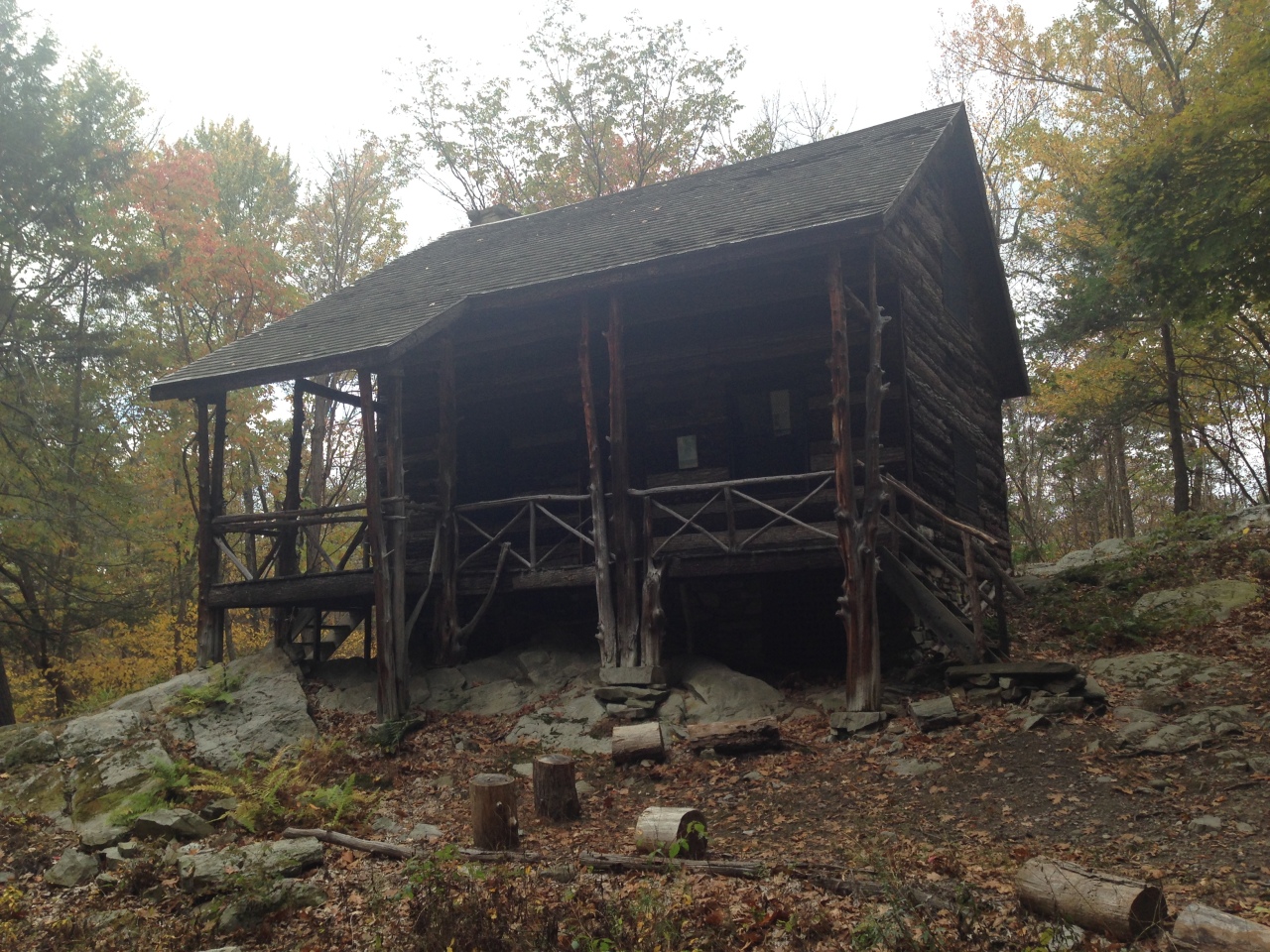 The cabin is simple but exactly as Burroughs left it.

While it may be a spot that holds many memories for us, it is also a destination worth visiting for just about everyone, particularly in the fall when the woods are an explosion of color. West Park is also the home of Slabsides, a rustic log cabin that was built by famed naturalist John Burroughs and his son in 1895. 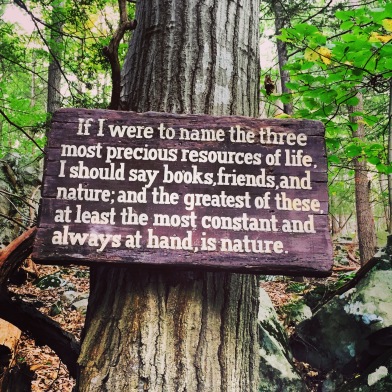 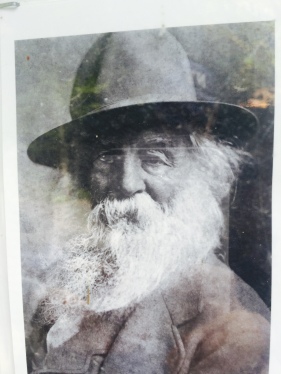 Burroughs wrote 27 books on nature and the connection that all living things have to each other.

At Slabsides Burroughs worked, grew celery and entertained famous friends like Theodore Roosevelt, John Muir, Henry Ford (who gave him an automobile), Harvey Firestone, and Thomas Edison. Today its been protected from the logging industry and designated a National Historic Landmark. Its simplicity remains very much as the author left it when he died in 1921. The family has long maintained a connection to the area and Hugh remembered once meeting Burroughs’s granddaughter and biographer Elizabeth Burroughs Kelley there, and having her give him a personal tour when he was a kid. 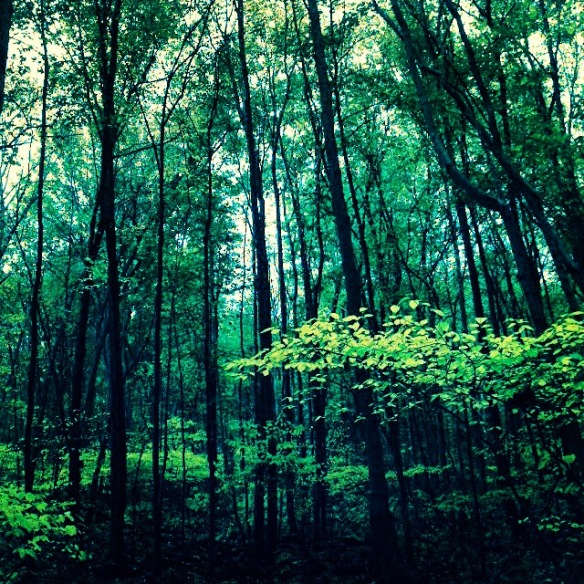 The cabin can be located by driving on Rt 9W about an hour north of New York City (set your GPS to 261 Floyd Ackert Road, in West Park), visitors must park on the gravel road up the hill and follow a gated logging road. The cabin itself, furnished is only open to visitors twice a year, from noon to 4:30 p.m. on the third Saturday in May and the first one in October, but there is a peaceful lake and many hiking trails to explore and of course there is also the many sights to see and explore in the beautiful nearby Hudson Valley. 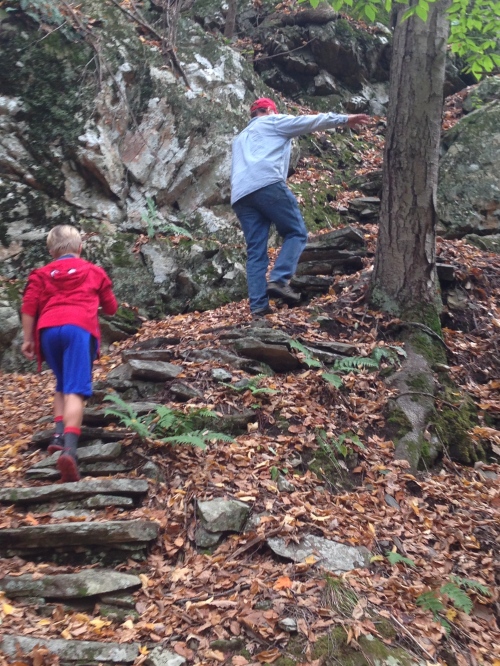 The American Museum of Natural History in New York City also has a fine John Burroughs exhibit, should you want to brush up on the naturalist before your visit. 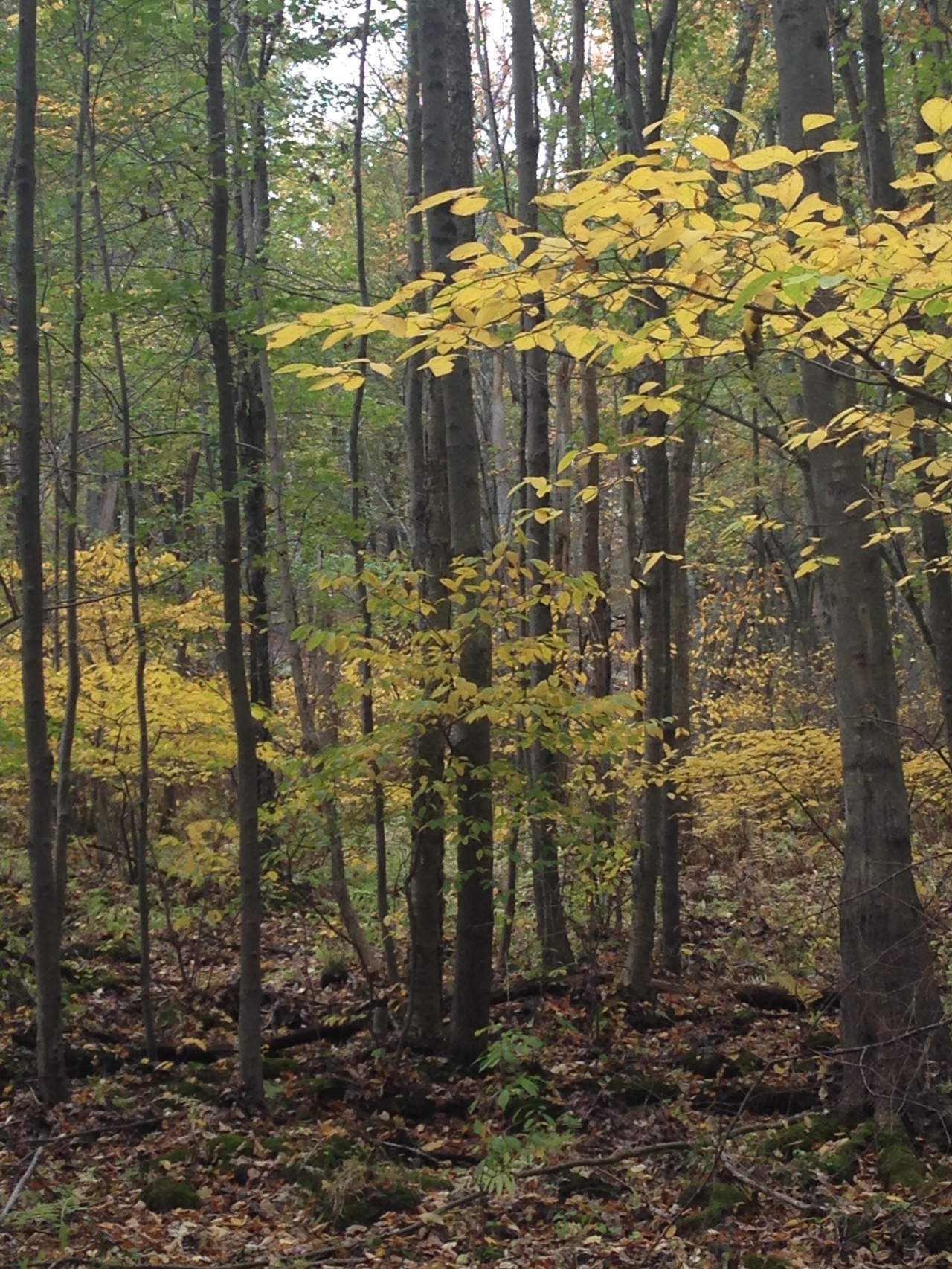 During our last visit as a family, our son Tyler brought his friend Paul with us as we took a long walk through the woods and threw stones in the lake. Hugh was proud to show two young boys that yes, there are some things worth leaving the Xbox and cell phone screens behind for.
“Life has a different flavor here,” Burroughs wrote in his essay Far and Near. “It is reduced to simpler terms; its complex equations all disappear.”

I am certain that Hugh would have completely agreed with that description. 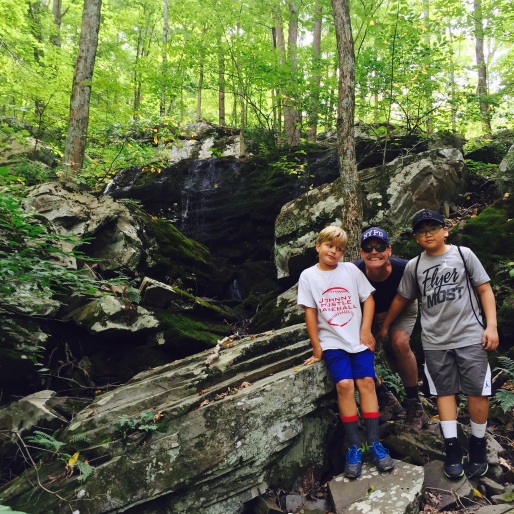 “The secret of my youth in age is the simple life – simple food, sound sleep, the open air, daily work, kind thoughts, love of nature and joy and contentment in the world in which I live…”–John Burroughs