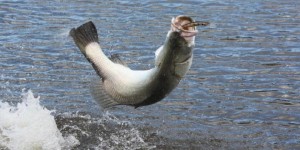 Calling all fishermen…remember that time you caught “the big one” and no one was around to see it?  Here’s a chance to prove it and bring home one million dollars to boot! Ok, thats one million Australian dollars–about $750,000 US dollars. That’s still no kick in the pants mate! The Northern Territory near Darwin is sponsoring the contest.  Seventy-Six barramundi, or “barra” as locals call them, will be  released in October. One will be tagged as the million dollar fish and seventy-five others will be worth 10,000 each. The season and contest ends in February 2016. By the way experts say the prime time to catch Barra is in February and you even have a chance of hooking one by dropping a line off of Darwin Harbor. When you can pull yourself away from your pole, don’t forget that this is the Outback and explore all the amazing sights the Northern Territory has to offer.