If you’ve ever looked at one of those incredible photographs of a surfer sailing through the pipeline, you were probably looking at one of  Tom Servais’ shots. It’s a job most people would envy. Instead of going to an office, every time he’s ready to go to work Servais grabs a hat, puts on his sunscreen and heads off the beach with a camera in his hand.

For the last 38 years the Florida native has been traveling the world to photograph the best surfers on the planet. He’s on the move for at least 6 or 7 months a year covering various competitions and inevitably spends almost every winter in Hawaii. If there’s a place on the planet that has a good swell, he’s probably been there,  done that.

Servais says his passion for the sport developed when he was just a kid. “My mom would drop me off at the pier in the morning and I would see all these surfers there,” he says. “I moved to California and did a couple of years at a junior college, mainly so I could surf. I also ended up taking some photography classes too. I wasn’t good enough to be a pro athlete so I thought being a pro photographer was the next best thing.”

Sometimes getting the perfect shot involves hopping on a boat, jet ski, using a long lens from the shore line or getting in the water for up to 10 hours a day to get just the right photo.  Finding himself water logged turns out to be the least of the problems Servais has to worry about. 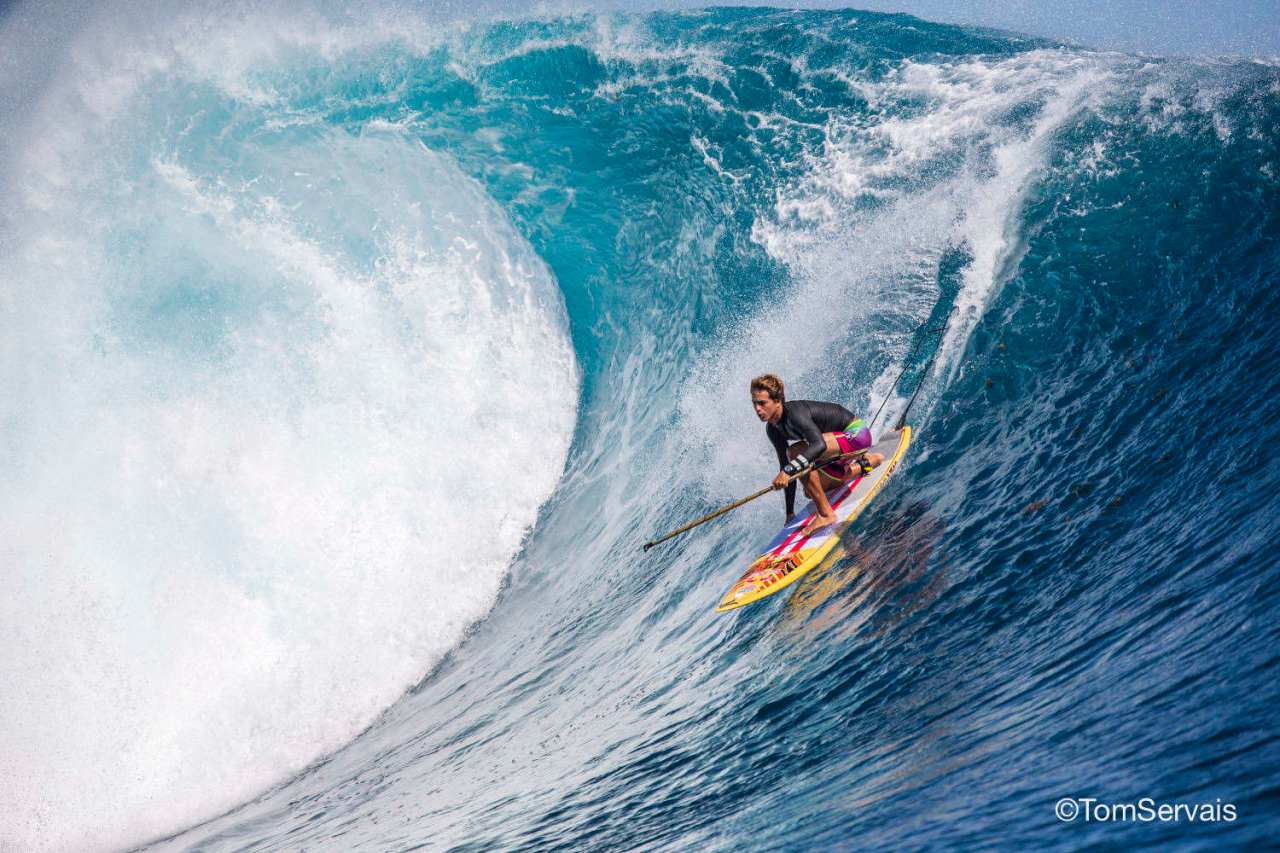 “I have seen sharks in the water,” he says. ” I actually saw a Great White shark jump out of the water in California recently. Surfers when they are paddling look like seals to sharks when their arms and legs are paddling.  It has actually stopped me from going in the water sometimes.  You don’t go in the water where there are a lot of shark sightings or in a murky river mouth because those are places where sharks accidently bite people just because they detect motion. You have to be savvy about when you should or shouldn’t be in the water.”

Servais, 62, says that photographers who use fish eye lenses are particularly susceptible to danger.  “Any place where there is more hollow waves, even if they are small, you can get bounced off the reef or a surfer can hit you with their board,” he explains. “The shorter your lens the more dangerous it is because you are getting closer to the action.  In reality some of the better shots come from a distance with a longer lens.

“One time I was in Indonesia and it was very remote. I got caught in a huge set and I was held under for a long time. I thought that I was going to drown. As I get older I am still in good shape but I don’t really test myself that way any more.  I want to live!”

So where can one find the best waves? Servais says that in the US a favorite spot is Mavericks in Northern California and that Hawaii’s Waikiki might be the best place to learn for beginners because of its warm waters mean its easier to stay in the water longer. But he has found places to hop on a board in even the most unexpected places.

“I went to the  Aleutian Islands in Alaska once. We went camping on a remote island for a week. There are great places to surf everywhere,” he says. “I even used to surf in New Jersey when I was young. The Jersey Shore is terrific!”

His favorite spots lean a little more towards the exotic however. “I have been to this island in Fiji called Tavarua Island. Its one of the most famous  surfing camps in the world. They have a big Fiji pro competition there every year that’s on the world tour.  I have probably been there 100 times, no lie.  I have spent years of my life on that island!

“I love Tahiti too. In Teahupoʻo [known as Chopo] there is another big surf contest I like to shoot too.  I love Australia and Hawaii.  I live in California and it has some of my favorite surf destinations.  There is really good surfing in Australia of course, but its also really spread out, so you have to drive around a lot to get photos.

“Oh yes and I almost forgot!” he continues, “I also love Indonesia and Bali and  I like to go to the Mentawai Islands off the coast of Java. Jeffery’s Bay in South Africa is another place I like. There so many great destinations, It’s hard to narrow it down.”

What makes a great destination for Servais is good waves and great people. “I  stay with the same family every time in Tahiti now and they don’t even want to charge me. They’re like family.”

When he travels, Servais says he goes light on the suitcase, but heavy on the equipment that will  help make an extended stay in a beautiful location even more fun. 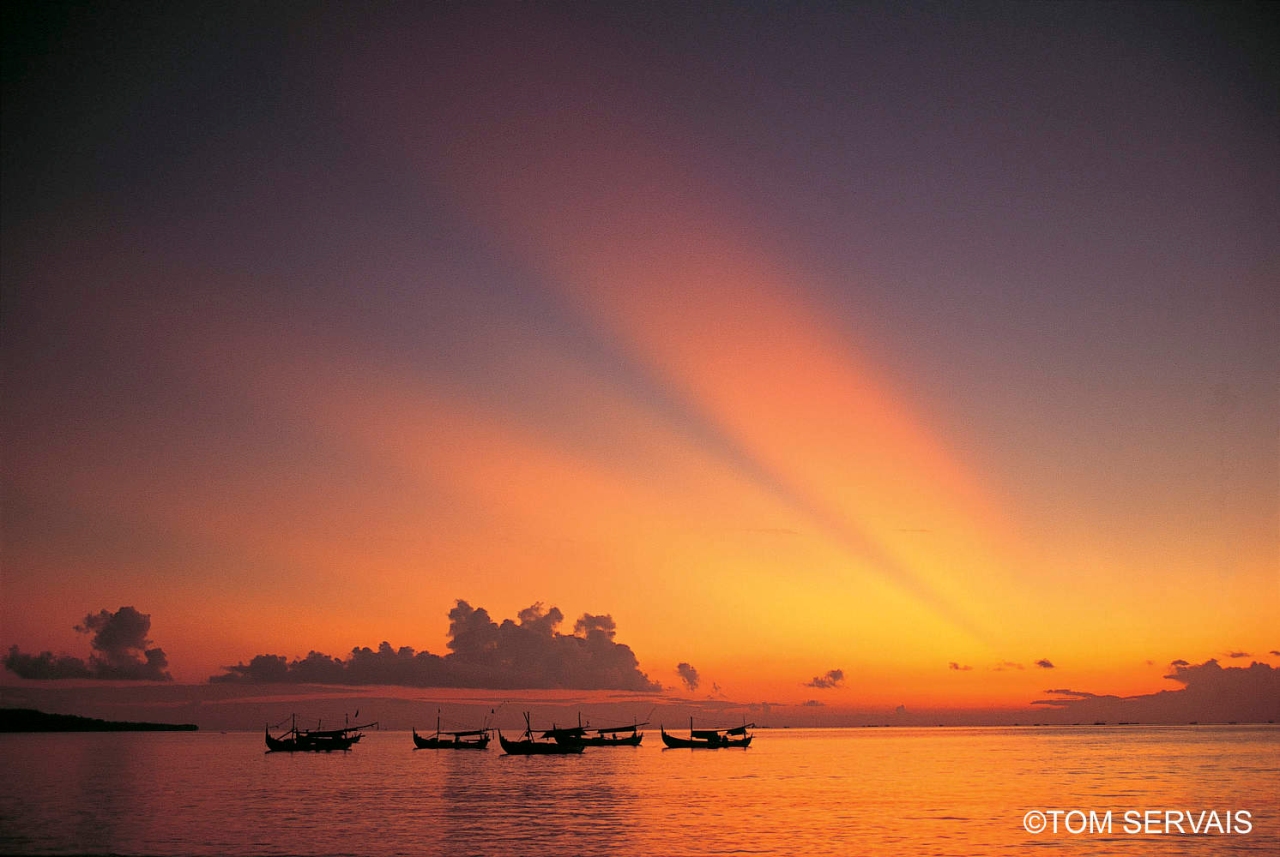 “I bring my computer to download and upload photographs obviously,” he says. “If I have an unlimited budget I will take a surf board, my stand up paddle board, a mountain bike and my golf clubs,” he laughs. “I always bring all my toys with me for when I am not working.”

It’s certainly not a life for everyone. Servais says constant travel makes its hard on relationships and magazine budgets aren’t what they used to be, but he wouldn’t dream of doing anything else.

“Paying the bills is always the hard part,” he says. “But I don’t want to shoot weddings or baby photos, so my strategy has been to stop spending money on expensive dinners. I value my time more than money and I love what I do as much as ever. It fulfills my passion and I have the free time to exercise and stay healthy. What else do I need?”

Tom shooting at Waimea Bay. You can see more of his incredible photography on Instagram at Tomervaisjr